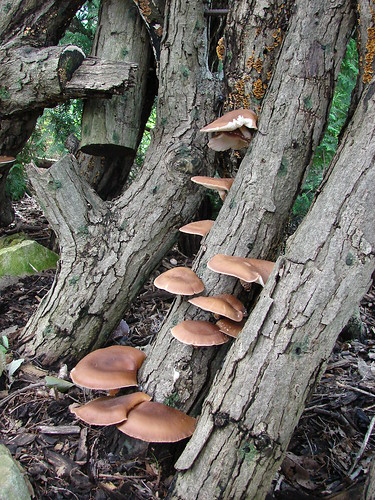 Mushrooms defiantly aren’t the first thing that comes to mind when somebody mentions skin treatment, especially if it’s something that sound cutting edge and completely new. Yahoo writes about the fact that we are used to seeing mushrooms in our food, but using them as a remedy which targets skin regeneration isn’t exactly well known. Although traditional medicine, mostly from ancient China, does recognize the value of the mushrooms when they are applied on the skin (not ingested or used internally in some other form), there is uncertainty about their properties. Experts agree that mushrooms can be used to reduce inflammation because of a nutrient called ergothioneine (an amino acid which can’t be produced in the human body, but is highly useful), which mushrooms possess in abundance. They are also rich in antioxidants, which generally help to slow down the aging process in cells (which also includes the skin).

But applying mushrooms directly on the skin as a treatment? Currently there isn’t enough evidence and research about their tropic application (the previously mentioned properties apply in the case of digestion of mushrooms) manly because applying them as an external skin treatment is a whole other story.

While research continues, the experts seem to point towards trying out these produces (but also having in mind that they don’t only contain mushrooms, but also other useful ingredients). Mushrooms might be delicious, but science could soon point out that they are great as a skin treatment, so why not jump on that train early on?