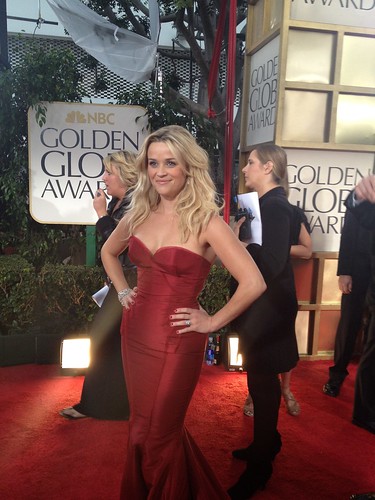 Born in 1976, Reese Witherspoon is a household name in the show business. This now veteran actress became famous through roles like those she played in the movie Fear, where she depicted a beautiful teenage girl who falls for the wrong guy. Now, 20 years later, Witherspoon still doesn’t look very different from her teenage years, especially when it comes to her practically flawless skin.

Many have wondered what might be the secret of this stunning actress, and now the answer might be found in the LA area and its medical facilities. Recently, she was seen and photographed by the Daily Mail as she entered LancerX Clinic (the name sound like something from a bad sci-fi movie, but don’t let that fool you) in Beverly Hills. The same clinic is operated by Dr. Harold Lancer, dubbed the dermatologist of the Hollywood celebrities. With more than three decades of experience, this dermatologist uses a minimalistic approach (in his own words, less is more) to provide a top-notch skin care. Dr. Lancer also owns a line of skin care product called Lancer Skincare, so his magic might be found all over the world (although the finest magic probably comes to those who visit him in his clinic).

Whatever treatments Witherspoon had received (or is still receiving) there is no doubt that she takes very good care of her skin on her own. Judging from her very light (and constant) complexion, there is no doubt that firstly she doesn’t overdo her tanning sessions, and probably doesn’t expose herself to the sun no matter what time of the year it is. The modern culture favors a darker, tanned complexion (which regular people a lot of times get through tanning beds), but kudos to the actress for ignoring this unhealthy and potentially dangerous trend. Apart from visiting LancerX Clinic, this is also a page of the Witherspoon’s skin care book we could all learn from.

← Use of Mushrooms in Skin Treatment
Acne Treatment: Honey and Cinnamon Face Mask →