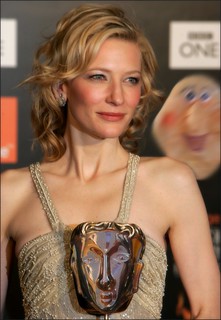 The world of celebrity health and fitness is no stranger to really weird treatments or remedies. Things like micro-needling, which are now a widespread skin care treatment, first found their way through the clients that are mostly comprised of the rich and the famous. At the same time, the same avenue of cutting edge innovations often bears some quite strange ideas. Recently, an Australian actress adored by both movie critics and the audiences also entered the field of weird skin care treatments by mentioning Emu oil benefits.

This actress is Cate Blanchett, famous for blockbuster movies like the Lord of the Rings or The Aviator, but also more introspective dramas like the recent Woody Allen’s Blue Jasmine. During her decades-long career, her fair skin complexion remained unscathed by age, just like her classical beauty. Now, she explained that she uses a product that is derived from the fatty tissues from the back of an Emu, also known as Emu oil. She also underlined that she hydrates regular by drinking hot water with lemon, avoids overly-processed food, and tries to lower her stress levels on a daily basis.

The last ideas are common knowledge, but Emu oil isn’t something you come across your basic shopping. Emu is a large flightless bird that is native to Australia and is most similar to the ostrich. Emu oil is produced from its adipose tissue and two thirds of its composition represents unsaturated fatty acids. These also include omega-9, omega-6 and omega-3 fatty acids.

Apart from skincare, some stated that Emu oil benefits include the ability to fight cancer and treat arthritis, which is total nonsense. The same substance has also been linked with loosing hair, so finding remedies based on Emu oil for hair growth isn’t that uncommon while other sources state that emu oil does wonders for acne outbreaks.

It is important to understand that none of these supposed Emu oil benefits have been clinically proven, or even substantially tested. The Food and Drug Administration included Emu oil in their “How to Spot Health Fraud” published in 2009, which is also a sobering sign about its potential. In other words, the Emu oil is just that – an oil with no additional properties.

There is no doubt that Cate Blanchett is right when she believes that any substance based on fatty acids can help with keeping the moisture in the skin, but based on all of its chemical properties, Emu oil looks like another exotic-sounding fad.