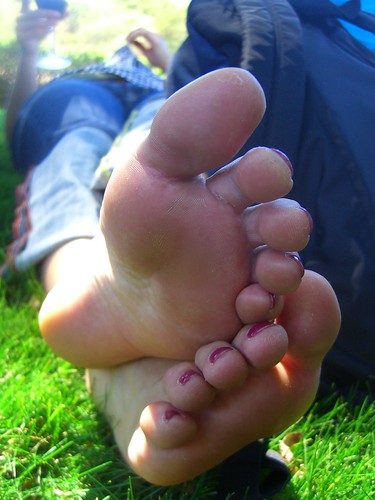 Rough and cracked skin on feet, especially dry skin on the soles, is an issue for many people. As the main contact point for walking, feet usually have to deal with a lot of stress. Skin on this part of the human body is designed so that it can take a lot of punishment without getting damaged, but this also means that it tends to grow thicker and more robust. Because of this fact, dry and cracked skin on the feet a regular occurrence, but also one which many find unpleasing. Here is a home remedy for rough feet that can be easily created and used, while it is also very affordable.

Interestingly, this DIY treatment for rough feet includes only two components, alcohol and glycerol. The first ingredient may seem odd, because it’s a known fact that alcohol and skin are usually not a good combination. Alcohol acts aggressively when it comes into contact with the skin and has a corrosive effect. But, in this case, because the cells in this particular dry and rough skin are already dead, the same substance can be used as a part of one of the most effective rough feet remedies.

Alcohol (ethanol, to be precise) has the ability to soften the tissue on cracked feet. Alcohol also removes dried and chapped parts of the skin (which are actually dead skin cells), while glycerol acts as a humectant (this means that it traps water molecules). Thanks to this, the alcohol doesn’t evaporate in a very short amount of time and glycerol doesn’t allow it to further dries out the skin.

To produce this simple home remedy for rough feet, you have to buy glycerol and rubbing alcohol (both can be found in any pharmacy and bought over the counter). Create a mix by using the same amounts of both (1:1 ratio) and stir it until they become a unified mass. When it is finished, rub it on the feet twice a day (no washing is needed afterwards), ideally before going to bed and after waking up.

After ten days or so, you should be able to see a change in the skin of the feet. In a couple of weeks, it should become softer, get more of a pinkish color and unified texture instead of the white and flaked skin you first started with.