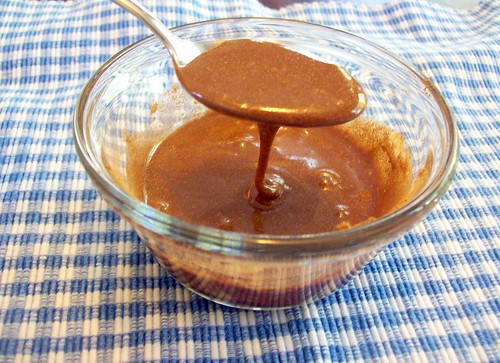 A face mask which utilizes honey and cinnamon is a traditional remedy for facial acne. It is often used in the cases when a person’s face doesn’t respond well to typical acne treatments. Unlike acid based creams which are a more invasive solution, these two natural ingredients are mixed to produce a treatment which is easily created in any household.

In essence, both substances work as cures for infection caused by either bacteria or some form of fungi. Acne is caused when skin pores get blocked, but a bigger breakout is most likely aided by several additional factors. These include occurrences in which the skin makes excessive amounts of natural oil (designed to normally keep the skin hydrated), dead skin cells becoming clogged in the heir openings in the epidermis (follicles), or a big presence of bacterial organisms.

This leads to acne, which can include blackhead type and/or whitehead type. Because of the bacterial environment in these parts of the skin, these then often get infected. These have the capacity to gradually turn into a cyst or create a pimple.

Here comes the honey to help things out. Apart from being very taste, honey includes naturally occurring antibacterial properties which come from the fact that its water and sugar molecules are so tightly connected that no other water molecules can be used by the local bacteria to grow (also the reason why honey can’t go bad or moldy). It also includes a low pH factor, which is also bad news for many bacterial species. This means that as an acne treatment, honey will hinder the development of the bacteria located under the skin, while at the same time it won’t starve the skin of other nourishing or leave it dry. The cinnamon serves a similar purpose. Cinnamon and honey face mask benefits from it by getting additional antiseptic properties which target both fungi and different bacteria. Regular skin remedies made use of cinnamon for a long time, so it can be found, for example, in tan lotions.

It is certain that this type of face mask works as an acne skin treatment. But before you read about how to make your own honey and cinnamon face mask, you should be aware that you don’t possess any food allergies to these ingredients. So, before you apply it on your face, smear a small dose on your inner arm, and see if you have any side effect (itching, a rash) which could point towards a possible allergic reaction.

Place one teaspoon of cinnamon in a powdered form in a container (bowl or a bigger cup). Then add two teaspoons of regular honey to it, and mix them until they blend together as a unified mass. Apply the mesh on your slightly damp skin and make sure you cover all the acne hotspots. After a 10 or 15 minutes wash down your home made honey and cinnamon face mask with warm water. In a few days, your acne problem should be greatly improved with this treatment.