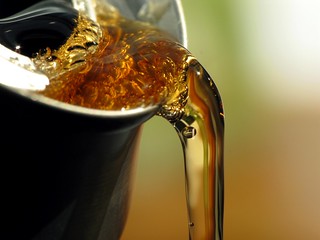 The state of a person’s skin is connected with their general level of health. On many occasions, individual will seek to improve that state by choosing a healthier lifestyle, especially when it comes to the things they eat and drink. In the past couple of decades, diet soda product began appearing as a healthier alternative to regular soft drinks. While there is no doubt that soft drinks are bad for you, it is important to realize that diet soft drinks are equally problematic thanks to another set of issues. If you decided to give up diet soda you made the right choice! You might have come to this decision because of the soda’s endless list of ingredients you just do not understand. Another alternative could be that your weight-loss goals were not met, even though you switched to diet soda. But, no matter what your reason was, taking out diet soda from your nutrition will improve your health. Research on the topic of diet soda is being developed, but so far, there is already enough evidence to paint a clear picture. With it, you can learn what happens to your body after you put down the can of soda and take it easy with unsweetened ice tea. Here are the main advantages that come from giving up on soft drinks.

It turns out that all those headaches after you stopped drinking diet soda simply did not materialize. Now, having stopped drinking this stuff, you most likely find yourself having the ability to think clearly. The reason for this is that your brain is no longer affected by aspartame, an artificial sweetener substance. It is possible that the same substance can alter not only the brain’s chemistry but also the brain’s reward system.

This can lead to anxiety, headaches and insomnia, all according to a European Journal of Clinical Nutrition research. In 2013, a research project found out that rats given diet soda had damaged nerve cells in the part of the brain called cerebellum, which is responsible for motor skills. If you are still drinking diet soda, the same is most likely happening in your body right now.

2. More Strength to Your Bones

Stopping drinking soda is one of the best ways to improve the strength of your bones and lower fracture risk. A study in 2014 found that a single daily soda raises the risk of a hip fracture by 14% for women who are in their postmenopausal age. Another study found that older women who drank cola had a lower bone mineral density in their hips. The jury is deliberating on the reasons why soda has this negative effect, but so far, it is clear that drinking soda weakens bone structure.

A lot of people start using diet soda to aid weight loss, but the moment they stop is when they actually begin to succeed. A study that lasted 9 years found that adults who used diet soda continued to stack on belly fat. The same study also found that a single daily diet soda raises your chances of becoming obese by almost 65%. Another study that was published by the Diabetes Care points out those drinking diet soft drinks on a daily basis had a clear connection with illnesses. These include high blood pressure, metabolic obesity syndrome, and high triglycerides, all of which lead to diabetes and heart disease, but will also degrade the overall state of a person’s skin.

4. Your Approach to Food Changes

Thanks to the fact that diet soda does not have calories, those who use it often think that it is okay to enjoy junk food, as Bainbridge found. She often sees patients who are drinking soda make bad food choices, like going for a piece of cake, a burger or potato chips because they believe they can afford the additional calories. Plus, diet soda is often a companion of unhealthy foods. She underlined that sometimes habits are enforced by poor choices. According to her, people are conditioned to have a diet soda with fries, chips or something sweet. When the soft drink is eliminated, the person can also break free of the overall habit of eating junk food.

5. You can Handle Alcohol Better

It is a proven fact that diet soda will get a person drink faster. When it is mixed with alcohol, the stomach is emptied out with more haste than when regular soda is used. This causes a drastic elevation of the blood alcohol concentration, as American Journal of Medicine’s recent Australian study found. When alcohol is mixed with caffeine, the issue can be even bigger. A study published in the Alcoholism: Clinical and Experimental Research journal found that visitors to bars who mixed drinks with diet sodas often got a lot more drunk. If you wish to mix alcohol with something, use club soda, which contains natural sugar and is calorie-free.

6. More Sensitivity to the Taste Buds

You are not imagining this: by not drinking diet soda, you might have noticed that food has more taste and flavor. It is more enjoyable and has more subtlety to it. The reason for this is the fact that artificial sweeteners in the soda can overwhelm the taste buds using their immense sweetness. Aspartame to the taste buds is 200 times sweeter than ordinary table sugar. Splenda is 600 more sweet. The brain scans clearly show that diet soda alters the brain’s receptor for sweetness.

This makes sugar cravings last longer instead of satisfying them. Heather Bainbridge from the Medical Center Weight Control at Columbia University claims that they often see patients who change snacks when they stop using diet soda. According to her, instead of going for something really salty like chips or some other sugary treat, they go for a piece of cheese or an apple. When they try diet soda once more, Bainbridge explains, they find it so sweet that it is almost intolerable.

A research project on hormones might explain the paradox of people gaining weight when they begin using diet soda. Diabetes Care created a study that found that using just two-thirds of a diet soda before a meal can prime the pancreas for insulin release, which is a fat-storing hormone. When the same organ is overworked from creating this hormone with the purpose of controlling the levels of blood sugar, diabetes can appear. A recent Japanese study discovered that middle-aged men who consumed one or more diet soda on a daily basis were more likely to get type 2 diabetes in the subsequent seven years.

Now that your entire body is no longer dedicated to making sense of all the unintelligible ingredients found in diet soda, your kidneys can go back to work. The important tasks of the kidney include clearing toxins (which is critical for a healthy skin), absorbing minerals and stabilizing blood pressure. One study discovered that women who took two or more servings of diet soda doubled their overall chance of having their kidney function diminished.

With all this data, it is clear that stopping using diet soda and soft drinks in general is a great decision for anyone. Thanks to a better overall state of the body, the skin quality will also increase over time.