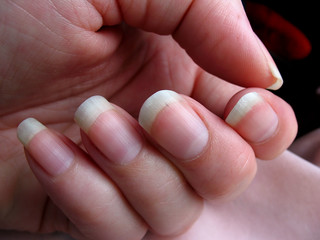 Speeding up the growth of any part of the human body often sounds like a complete scam. If we look at our spam folders, at least a 25% of all messages will include some form of offer which promises to make something on a person’s body grow faster. Because of this, the idea of speeding up the growth of fingernails might sound completely ridiculous, especially when it includes only everyday food items like garlic, olive oil and orange juice. According to the story behind this DIY growth inducer, a person should only soak their fingernails in a mixture of the previously mentioned ingredients, and their fingernails should grow faster.

But, from a scientific standpoint, the same process makes a lot of sense – it doesn’t include a single “silver bullet” solution, but a combination of several beneficial elements to skincare in general. The vitamin C contained in the orange juice triggers collagenases (enhances the process of creating collagen, one of the most essential structural protein in the human body), which is then fed and nurtured by the olive oil nutritional value. Finally, the garlic’s acid acts as antiseptic compounds, which will help tears in the skin around the nails heal faster and more effectively. All of this should really boost the growth of nails, along with making them stronger and providing them with more substance (in other words, making them less brittle).

To create a nail growth soaking mixture, you will need a small amount of olive oil, one garlic bulb and one orange. Firstly, you should extract the orange juice and add a chopped or pressed garlic in it. These two should be mixed in a wide and shallow container, like a small soup plate, in which you should place the tips of your fingers and leave them there for 10 minutes. After that, the same hand should be placed in a small amount of olive oil (just to cover the tips of the fingers similar to the previous phase) and be kept there for an additional 15 minutes.

The process should be conducted twice a week and should aid the growth of fingernails substantially. For all those who are (rightly) skeptical about this, they should run a test and treat only one hand. This way, they will be able to see and difference in less than a month.